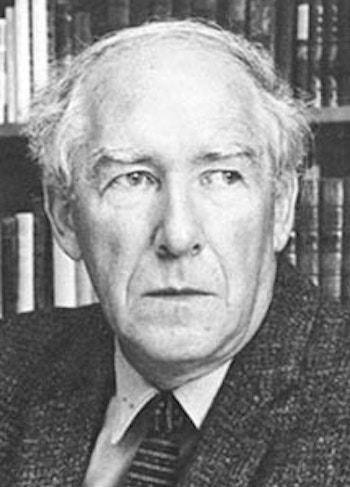 Poet, critic, and educator Alec Derwent Hope was born to a Presbyterian minister father and a schoolteacher mother in Cooma, New South Wales, Australia. His family moved to Tasmania in 1911, then to Sydney, where he attended the prestigious Fort Street High School and Sydney University. As the top performer in his class, he received a scholarship to University College, Oxford, where he read English. Upon his return to Australia in the midst of the Great Depression, he worked as a vocational psychologist and a school counsellor, then as a reviewer, known for his sharp analysis and occasionally harsh critique. He married civil servant Penelope Robinson in 1937; the pair had two sons and a daughter.

Hope lectured at several Australia colleges before becoming the first professor of English at Canberra University College in 1951. He published poems in small magazines throughout his life, but it was not until his 48th year that he came out with his first collection, The Wandering Islands. The book won him the Grace Levin Prize. His writing, characterized by a formal style and a deep engagement with the classics of the Western canon, continued to garner recognition with his subsequent publications, numbering nearly a dozen. Hope’s many honors include an Arts Council of Great Britain Award, an Ingram Merrill Award, and a Robert Frost Award, as well as election to the American Academy and Institute of Arts and Letters and a founding fellowship in the Australian Academy of the Humanities. An Officer of the Order of the British Empire and a Companion of the Order of Australia, Hope had long earned his place as one of Australia’s greatest poets by his death in 2000.

Photo from Quadrant, July–August 1969. Fair use, via Wikipedia.

Meditation on a Bone