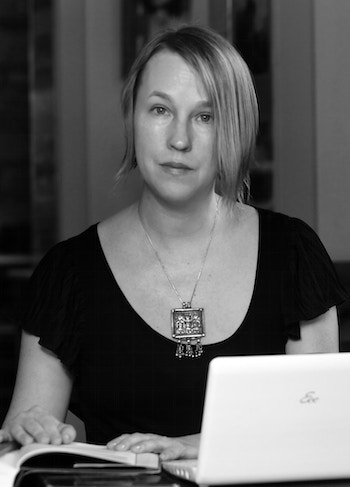 Poet, translator, and classicist A. E. (Alicia Elsbeth) Stallings was born and raised in Decatur, Georgia. The daughter of a librarian and a professor, Stallings read avidly as a child, and her poems were first published during her teen years for magazines including Cat Fancy and Seventeen. She studied Latin at the University of Georgia and classical languages and literature at Oxford University, moving to Athens, Greece, in 1999, where she still lives.

Stallings’ four poetry collections have all been awarded honors: Archaic Smile (1999) won the Richard Wilbur Award and Hapax (2006) the Poets’ Prize, while Olives (2012) was a National Book Critics Circle Award finalist and Like (2019) a Pulitzer Prize finalist. Stallings has also published translated volumes of Lucretius and Hesiod and is a recipient of the Willis Barnstone Translation Prize, among other honors. She is married to Athens News editor John Psaropoulos, with whom she has two children, and is currently director of the Poetry Center in Athens.

By A. E. Stallings