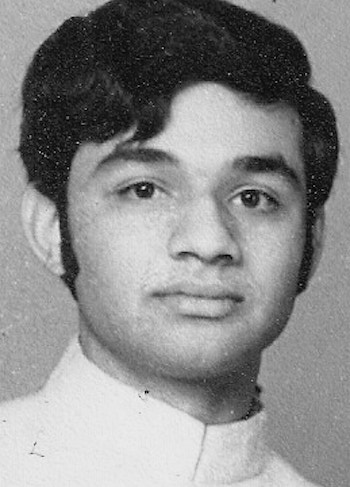 Kashmiri American Muslim poet, educator, and translator Agha Shahid Ali was born in 1949 in New Delhi, India. After growing up among a family of intellectuals in Srinagar, he moved to the United States in 1976. He earned an MA from the University of Delhi, a PhD from Pennsylvania State University, and an MFA from the University of Arizona. The fourth of his nine published poetry collections, 1987’s A Walk Through the Yellow Pages, brought him to the attention of critics and the public. Several of his subsequent collections are considered major works, and Rooms Are Never Finished (2001) was named a finalist for the National Book Award.

Ali drew inspiration for his poetry from both the Western canon and classical Hindu and Muslim poetic traditions, straddling cultures and forms in his literary output. He wrote ghazals, editing the anthology Ravishing Disunities, and translated poems by Faiz Ahmed Faiz. He was the winner of a Pushcart Prize and received fellowships from the Guggeinheim Foundation, the Bread Loaf Writers’ Conference, and others. Beginning in the late 1980s, Ali taught at numerous colleges and universities in the U.S., including Princeton, NYU, Hamilton College, and the University of Massachusetts–Amherst, where he directed the MFA creative writing program. He died of brain cancer in 2001.

Image by 3 Quarks Daily. Fair use, sourced from Wikipedia.

The Season of the Plains