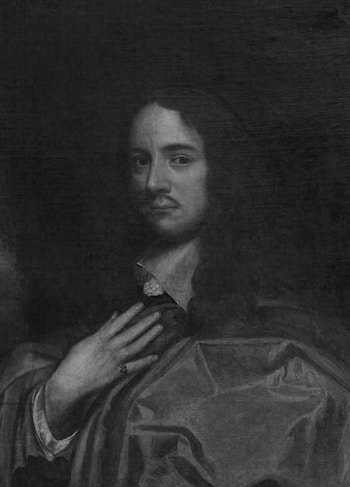 Born in East Yorkshire, England, the Metaphysical poet and politician Andrew Marvell was the son of an Anglican clergyman. He was raised in Hull, where he attended Hull Grammar School. He began his education at Trinity College, Cambridge, at the age of twelve, and most likely traveled in continental Europe for several years after graduating, missing the furor of the English Civil Wars. He began publishing poems in Latin and Greek while still a student.

For a time, Marvell worked as a tutor to the dependents of prominent Englishmen, including the ward of Oliver Cromwell during the latter’s years as Lord Protector. Using the influence of his close friend John Milton, he later became Latin secretary to Cromwell. In 1659, Marvell was elected Member of Parliament for Kingston upon Hull, a position he was able to retain into the restoration of the English monarchy. He held the role of agent for a shipmaster’s guild for the last two decades of his life, making diplomatic journeys to Holland, Russia, and Scandinavia. Known for his cleverness, biting wit, and clear-eyed views of contemporary society, Marvell wrote lyrics and panegyrics early in his career, later weighing in on his tumultuous political times by writing anonymous satires on political corruption in the British court. He is considered by critics to be one of the major English poets of the 17th century.

The Mower Against Gardens

The Mower to the Glow-Worms