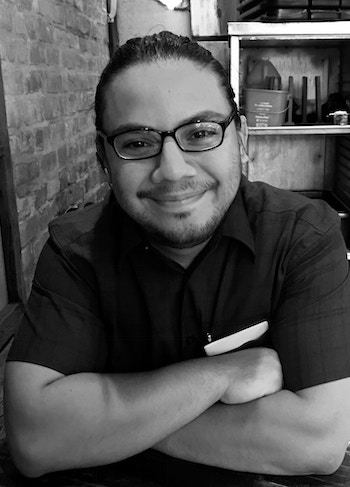 First-generation American poet Ariel Francisco Henriquez Cos was born in the Bronx to Dominican and Guatemalan parents and raised in Miami. Francisco’s father also wrote poetry, and some of his Spanish poems were later among Francisco’s first translated works. Francisco authored the full-length All My Heroes Are Broke, published by C&R Press, which Rigoberto Gonzalez included on his list of eight great Latino books of 2017, and the 2016 chapbook Before Snowfall, After Rain, Glass Poetry Press’s first published book. His collection A Sinking Ship Is Still a Ship is forthcoming from Burrow Press in 2020.

In 2019, Francisco was named one of the Five Florida Writers to Watch by the Miami New Herald. He holds an MFA from Florida International University, where he was editor-in-chief of Gulf Stream Literary Magazine. His work has appeared in publications including the New Yorker, American Poetry Review, and Guernica. He currently lives in Brooklyn, where he is working toward a second MFA in literary translation at Queens College.

The Sea Can Stand Anything—I Can’t