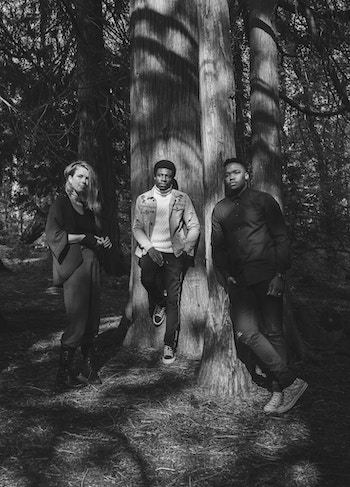 ATMOS Collective was established in April 2019 by a group of Galway-based artists from culturally diverse backgrounds who work with music, film, spoken word, and theater. They produce original music, film, and art through the process of artistic collaboration and community engagement. Their vision is to investigate, nurture, and celebrate the eclectic “atmosphere” of Galway through music, art, and film.

ATMOS aims to inspire and motivate young people from diverse communities and cultural backgrounds to find and develop their creative voices through music, poetry, film, and art, by engaging them in the creative production process and providing positive role models for them to develop their confidence and express themselves creatively. The collective focuses on building safe creative spaces that foster personal growth, confidence, and mental health and developing platforms for artists and young people to share their music, film and, art with the general public. ATMOS works to challenge stigma, racism, and stereotypes through peaceful creative activism: nurturing and sharing multilingualism and minority voices, languages, and sounds within the Galway community, and sharing a message of hope, empowerment, positivity, and resilience.

Theophilus Ndlovu, a.k.a. Touché, is a songwriter, rapper, and producer. He has been DJiing and making music since the age of 15. Theo gets musical inspiration and motivation from the people around him. Ndlovu, who is based in Galway, writes about where he's been, where he is, and where he's going.

Benjamin Enow, a.k.a. B.E.O., is a singer-songwriter, actor, and hip-hop artist whose diversity in music cuts across a wide range of genres. He has been writing songs and making music from an early age. Born and raised in Cameroon, Enow moved to Ireland in 2018 and is now based in Galway, where he performs regularly at local gigs and community events.

Alice McDowell is a fiddle player and documentary filmmaker. Originally from Australia, she first landed in Galway in the late 2000s and has been immersing herself in traditional Irish music and folk traditions ever since.