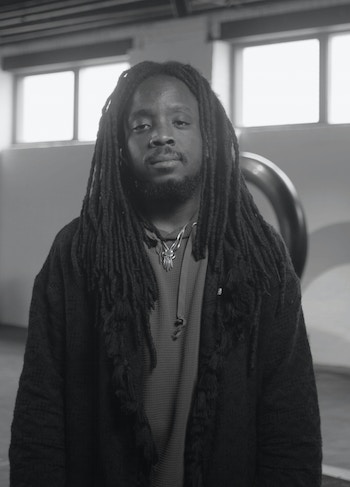 Poet and prose writer Bernard Ferguson was born and raised in The Bahamas. Upon immigrating to the United States, he spent four years as a software developer at the University of Minnesota, Twin Cities. In 2018, he moved to New York City to attend New York University, where he is currently an MFA candidate.

Ferguson is the winner of the 2019 Hurston/Wright College Writers Award, The Cincinnati Review’s 2019 Robert and Adele Schiff Poetry Prize, the 2019 Breakwater Peseroff Poetry Prize, and the 2019 Nâzım Hikmet Poetry Prize. He is also one of the winners of the 2019 92Y Discovery Contest and a 2019 Adroit Journal Gregory Djanikian Scholar. A former Assistant Editor at Washington Square Review and producer at SPEAK Poetry, Ferguson has received fellowships from the Atlantic Center for the Arts, NYU’s Global Research Initiative, and New York City’s Writers in the Public Schools. His writing has appeared or is forthcoming in The National Art Gallery of The Bahamas, The New Yorker, The Paris Review, Narrative, The Southampton Review, Georgia Review, The Common, Winter Tangerine, and Best New Poets 2017, among other publications.

Ferguson’s poetic influences include such figures as Terrance Hayes, Aracelis Girmay, Brigit Pegeen Kelly, Ross Gay, and Hanif Abdurraqib. According to the poet, his own work “tends to orbit wonder, climate change, migrations of all kind, Bahamian history, and pop culture.” Ferguson is currently at work on The Climate Sirens (Graywolf, 2024), a nonfiction book about Hurricane Dorian and the effects of climate change on members of the Alliance of Small Island States across the world. He lives in Brooklyn, New York.

Video: Ferguson reads his poem “When a Grave Swells” for 92Y

poem to be read at the end of a year