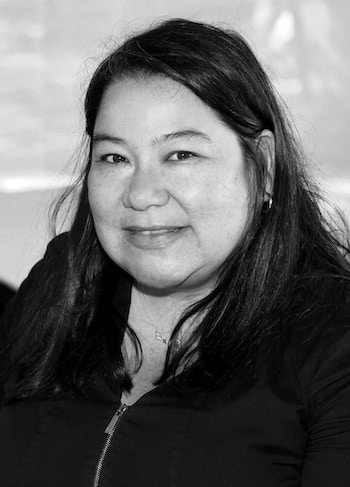 Okinawa-born poet Brenda Shaughnessy grew up in Southern California. She earned a BA in literature and women’s studies from the University of California, Santa Cruz before attending Columbia University for her MFA. Her debut poetry collection, Interior with Sudden Joy (Farrar, Straus and Giroux, 2000) was nominated for the PEN/Joyce Osterweil Award for Poetry, the Norma Farber First Book Award, and a Lambda Literary Award, while Human Dark with Sugar (Copper Canyon Press, 2008), her follow-up, won the James Laughlin Award. Her third collection, Our Andromeda (Copper Canyon, 2012) was chosen as one of New York Times’ 100 Best Books of 2013 and as a Library Journal Book of the Year, as well as being shortlisted for the PEN/Open Book Award and the International Griffin Poetry Prize. Her most recent books were So Much Synth (Copper Canyon, 2016) and The Octopus Museum (Knopf, 2019).

Shaughnessy is a recipient of the 2018 Literature Award from the American Academy of Arts and Letters. Her poems have been published widely, including in The New Yorker, The Paris Review, McSweeney’s, Conjunctions, the Best American Poetry anthology series, and elsewhere. She has received fellowships from the Guggenheim Foundation; the Radcliffe Institute, where she was a Bunting Fellow; the Japan/U.S. Friendship Commission; and Brown University’s Howard Foundation. Previously an instructor at universities including Columbia, the New School, Princeton University, and New York University, Shaughnessy is now an associate professor of English at Rutgers University–Newark.

I Have a Time Machine