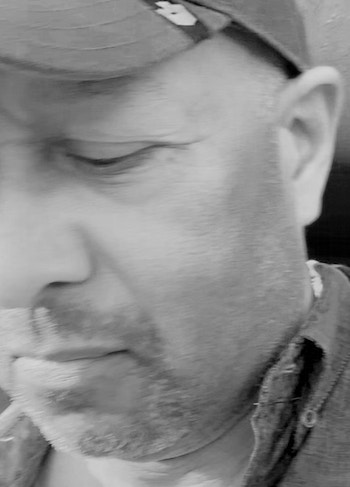 Poet, scholar, and educator Carl Phillips was born in 1959 in Everett, Washington, the child of a Black American father and a white British mother. Throughout Phillips’ childhood, his father’s air force career brought the family to bases across the United States and beyond, including a four-year stay in Germany. Phillips was a teenager when his family settled down in Cape Cod, Massachusetts. He attended Harvard University on a scholarship, intending to major in biochemistry, but was drawn back to the classical languages he’d loved studying in high school. Phillips received his BA in Latin and Greek in 1981, followed by an MAT in Latin and classical humanities from the University of Massachusetts. He taught Latin in Massachusetts high schools for the next eight years.

Although he had written poetry as a teenager, Phillips set it aside during his years as a classics instructor. However, in 1990, he returned to poetry, an evolution which he regards as being triggered by his gradual new understanding of himself as a gay man. He began attending poetry workshops, and the praise and guidance of instructors Martín Espada and Alan Dugan encouraged him to take his writing more seriously. He enrolled in Boston University for his MA in creative writing. In 1992, Phillips published his debut collection, In the Blood (UPNE), which was lauded by critics and won the Samuel French Morse Poetry Prize. His follow-up, Cortége (Graywolf Press, 1995), was a finalist for the National Book Critics Circle Award, and his next book, From the Devotions (Graywolf Press, 1998), a finalist for the National Book Award.

Many more of Phillips’ 15 books have won or been nominated for major awards. These include The Tether (2001), winner of the Kingsley Tufts Poetry Award; The Rest of Love (2004), recipient of the Theodore Roethke Memorial Foundation Poetry Prize and the Thom Gunn Award for Gay Male Poetry and a finalist for the National Book Award; Speak Low (2009), another National Book Award finalist; Double Shadow (2011), winner of the Los Angeles Times Book Prize for Poetry and Phillips’ fourth National Book Award nod; Silverchest (2013), a Griffin Prize finalist; Reconnaissance (2015), recipient of a Lambda Literary Award and the PEN Center USA award; and Wild Is the Wind (2018), winner of a Los Angeles Times Book Prize. His selected poems, Quiver of Arrows, was published in 2017. A critic, scholar, and translator as well as a poet, Phillips has written two books of essays, The Art of Daring: Risk, Restlessness, Imagination (2014) and Coin of the Realm: Essays on the Life and Art of Poetry (2004), as well as a translation of Sophocles’s Philoctetes (2003).

Text: Phillips interviewed for The Paris Review's The Art of Poetry series