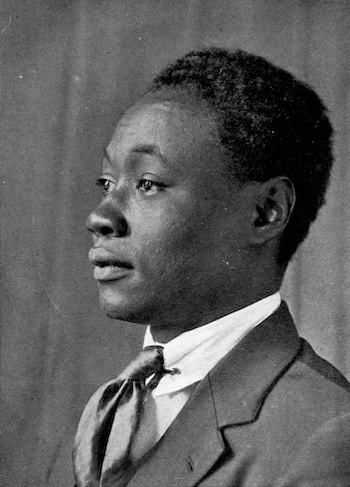 Novelist, poet, and prose writer Festus Claudius McKay is widely considered a seminal figure of the Harlem Renaissance and interwar period. McKay was born in Jamaica into a family of farmers; at age nine, he went to live with his brother, an amateur journalist who encouraged McKay’s enthusiasm for literature. In 1912, McKay published his first book, Songs of Jamaica, and moved to the United States. He made his home in New York City, where he married his childhood sweetheart, joined the radical Black socialist community there, and became part of the budding Harlem Renaissance. His 1922 poetry collection Harlem Shadows is one of the first works associated with that movement.

McKay’s writings frequently explored race, sexuality, love, and his experiences as a Black man in New York and Jamaica. His most famous novel, Home to Harlem, won the Harmon Gold Award for Literature. Along with continued poetic output, he also published two other novels, a book of short stories, and prose works. McKay died of a heart attack at the age of 58. In 1977, the Jamaican government posthumously named McKay its national poet and awarded him the Order of Jamaica.

If We Must Die

The Tropics in New York