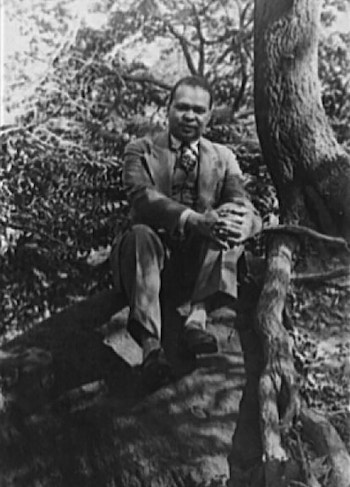 Countee Cullen, a central figure of the Harlem Renaissance, was born Countee Leroy Porter in Louisville, Kentucky. Orphaned as a child, he was raised in New York City by his grandmother until her death, when he was adopted by Reverend Frederick Cullen and his wife, Carolyn. Cullen built a reputation as a poet while still an undergraduate at New York University, winning awards and publishing in acclaimed journals like Harper’s, Poetry, and The Crisis.

His widely lauded first collection, Color, was published the same year as his college graduation and his admittance into Harvard for an MA in English. He worked as an English, French, and writing teacher at a Harlem junior high school for many years, continuing his literary life on the side by editing the magazine Opportunity, mentoring writers like James Baldwin, and writing plays and a novel in addition to his poetic output. His first marriage—to Yolande Du Bois, daughter of the great intellectual W.E.B. Du Bois—was a failure, but his second, to Ida Mae Roberson, lasted until his death at the early age of 42.

I Have a Rendezvous with Life

Yet Do I Marvel