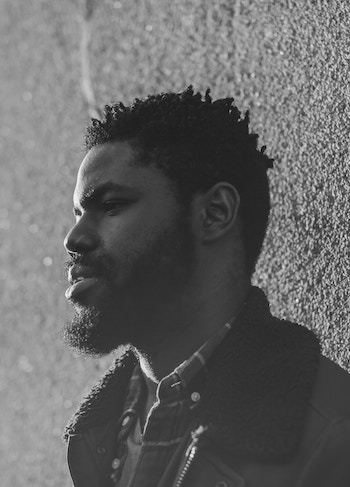 Dagogo Hart is a Dublin-based poet, writer, playwright, performer, and spoken-word artist. Hart’s poetry is inspired by his hometown in Lagos and his experiences since moving to Ireland.

Originally from Lagos, Nigeria, Hart started working with words at the age of 13. In secondary school, he was part of a rap group, Domack, which helped him sharpen and improve his writing skills. In 2010, Hart received a scholarship to study in Ireland for a year of medical school preparation, during which he lived in the small town of Tralee, County Kerry. The next year, Hart began attending University College Cork’s pharmacy program. He continued to write, switching from rap to poetry, and saw his work published in the University College Cork’s Motley magazine and The Moth.

In 2016, Hart moved to Dublin from Cork, where he began his career as a spoken-word poet, performing in open mics and poetry slams. In 2017, he won the Slam Sunday Grand Slam, which qualified him to perform at Electric Picnic as part of the Cúirt festival, and became an All Ireland poetry slam finalist. Since then, he has performed for festivals including Mother Tongues, St. Patrick’s, Dublin Fringe, Drogheda Arts, Spirit of Folk, Body & Soul, and First Fortnight.

With poet FeliSpeaks, Hart co-founded poetry collective WeAreGriot in 2018, which curates art events around poetry. As part of WeAreGriot, Hart co-wrote the spoken-word play Boy Child and spoken-word variety show See True and curated the hip-hop and poetry slam series Talkatives. His other works include poem films RedBeard Paddy and Lantern Smoke, the latter of which was a runner-up for the Button Poetry 2017 Video Contest. Hart was also Africa Day 2018 Champion, serving as host and performer for the festivities. His work has been published in journals including Poetry Ireland Review. With Nithy Kasa, he is currently one of two poets commissioned by Poetry Ireland in 2020 to generate new work, which for Hart will take the form of a multimedia poem film addressing the immigrant experience and the idea of home.

Video: Hart reads his poem "Metal" at the Scottish Storytelling Centre for I Am Loud

Text: Sorcha Pollak on Hart for The Irish Times' New to the Parish