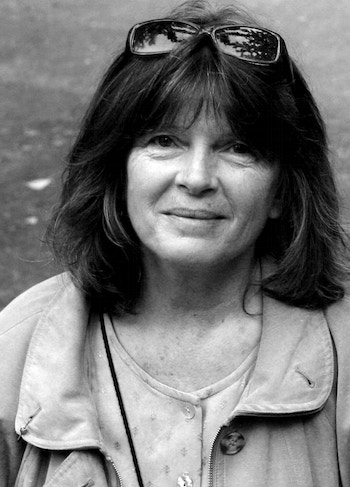 Dorianne Laux was born in Augusta, Maine. From ages 18 to 30, she held jobs as a gas station manager, waitress, sanatorium cook, and maid to support herself and her young daughter. She moved to Berkeley, California, in the 1980s to pursue a career in poetry. In 1986, Laux won a Pushcart Prize for her poem “Quarter to Six,” and she received her B.A. in English from Mills College in 1988. Since her first poetry full-length, Awake (BOA Editions, 1990), Laux has published five further collections, several fine small press chapbooks, and The Poet’s Companion, a poetry handbook co-edited with Kim Addonzio.

Laux's honors include the Paterson Prize, the Oregon Book Award, NEA and Guggenheim fellowships, three Best American Poetry acknowledgments, and finalist and shortlist placement for the Pulitzer Prize, Lenore Marshall Poetry Prize, and National Book Critics Circle Award. Laux is a founding faculty member of Pacific University’s Low Residency MFA Program and a Chancellor of the Academy of American Poets. She is currently the Program Director of Creative Writing at North Carolina State University and lives in Raleigh, North Carolina with her husband, the poet Joseph Millar.

Moon in the Window