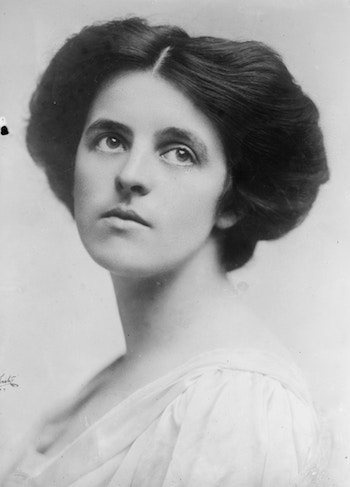 Writer, activist, and famed wit Dorothy Parker was born in New Jersey in 1893 to a Jewish father and a mother of Scottish descent. Her mother died when Parker was four, and her father’s second wife died five years later. Parker grew up on New York City’s Upper West Side and attended a Roman Catholic elementary school, then the renowned finishing school Miss Dana's School. She sold her first poem to Vanity Fair at age 21 and was soon hired as an editorial assistant for Vogue, then as a staff writer for Vanity Fair. While working at the latter, she met Robert Benchley and Robert E. Sherwood. The trio’s lunches at the Algonquin Hotel soon garnered new members and evolved into the celebrated Algonquin Round Table of writers. Parker’s signature sharp observations and wry tone were captured by fellow member Franklin Pierce Adams, who included them in his column, making her a household name. Fired by Vanity Fair in 1920, Parker continued to write for popular magazines including Ladies’ Home Journal, Saturday Evening Post, and Life and was part of the founding board of The New Yorker in 1925.

Parker published poems, essays, and columns prolifically in the 1920s and 30s, as well as three collections of poetry, including Enough Rope (1926), and two books of short stories. In 1934, she married actor Alan Campbell and moved to Los Angeles with him. Parker, sometimes in collaboration with Campbell, wrote screenplays for major movies such as A Star Is Born and The Little Foxes. She also became known as a force for social justice: she championed both national and international causes and was a dedicated supporter of the NAACP and a founder of the Hollywood Anti-Nazi League. Parker was blacklisted as a Communist in 1950, ending her Hollywood career. After Campbell’s death in 1963, she returned to New York, where she died of a heart attack in 1967.