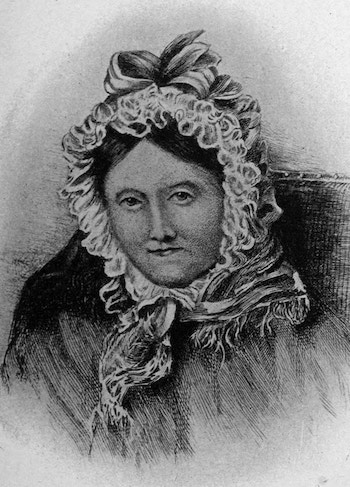 Dorothy Mae Ann Wordsworth was born on December 25th, 1771, in the market town of Cockermouth in North West England. Wordsworth was the sole daughter of her parents’ five children, who were orphaned and separated in 1783. She spent the remainder of her upbringing with an aunt and various uncles, moving between schools frequently but securing a strong literary education in spite of these itinerant years. In the 1790s, she reconnected with her brother William, who would become her lifelong companion; after he married her best friend, Mary Hutchinson, she continued to live with the pair, despite her melancholy over the loss of close intimacy with William.

Although not published during her lifetime, Wordsworth was a prolific diarist and an essential member of the triad that included the better-known William and their mutual friend Samuel Taylor Coleridge. Wordsworth’s famously perceptive, evocative descriptions of the natural world they jointly explored were a source of inspiration and even direct quotation for the two great Romantics in their own works—a relationship that, if unbalanced, was very much in keeping with the idealized communal, collaborative spirit of Romanticism. Much of Wordsworth’s diaries and nature writing have been published posthumously, most notably the Grasmere Journals, according her belated recognition as a remarkable nature writer and influential literary figure.