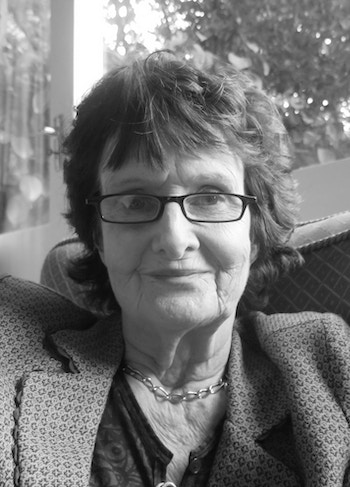 Born in Dublin, Ireland, the poet Eavan Boland was one of five children of a diplomat father and expressionist artist mother. The family moved to London when Boland was six; there, the anti-Irish bias she encountered gave her a strong sense of her own Irish identity and of the significance of homeland and place. She grew up in London and New York before returning to Ireland at 14 and attending Holy Child School in Kilkenny. In 1966, she earned her BA in English literature and language from Trinity College Dublin, receiving first class honors. Boland’s first pamphlet, 23 Poems, came out during her first year at Trinity, and New Territory, her debut full-length collection, was published in 1967. That same year, she began lecturing at Trinity College Dublin, making her one of the youngest people to achieve that honor.

In 1969, Boland married novelist Kevin Casey. The couple settled down in the suburbs of Dublin to raise their two daughters, Eavan and Sarah. Boland felt disconnected from the literary doings of the city, but her new domestic concerns inflected her poetry with what she would later call its “dailiness.” Women had long been excluded from the literary life of Ireland, due to the nation’s fundamental conservatism; the Irish canon was entirely male, with very few exceptions, and its poets’ depiction of women typically reduced them to muses or mere symbols. With poetry that both celebrated and elevated the everyday lives of Irish women, Boland subverted the expectations of what Irish poetry could be, telling the stories of the generations of mothers, daughters, wives, and sisters who had long been cast to the side. Her work would explore different facets of this subject matter over time, from contemporary motherhood to the historic roles of women in Ireland, drawing from a deep sensitivity to her country and its past.

While raising two daughters, teaching, and writing reviews for the Irish Times, Boland still carved out time for her poetry, sometimes writing a line at a time between other demands. The War Horse was published in 1975, followed by 1980’s In Her Own Image, which brought her worldwide attention. She taught at the School of Irish Studies in Dublin from the late 1970s through the 1980s; later, she would teach at University College Dublin and Bowdoin College. In 1991, she shook up the Irish poetry world by attacking the Field Day Anthology of Irish Writing, a purportedly comprehensive collection that only included three female writers. Boland wrote articles, organized, and championed a famed debate on the anthology, rallying women around the country to ensure that such an egregious exclusion would never happen again.

Boland’s many awards include a Lannan Foundation Award in Poetry, an American Ireland Fund Literary Award, a Jacob’s Award for her involvement in RTÉ Radio’s The Arts Programme broadcast, and an Irish Book Awards lifetime achievement award. She is a member of the American Academy of Arts & Science and the recipient of an honorary degree from Trinity College. Her prose works include 2011’s A Journey with Two Maps: Becoming a Woman Poet, winner of the 2012 PEN Award, and she is the editor of anthologies such as The Making of a Poem: A Norton Anthology of Poetic Forms. Beginning in 1996, Boland taught at Stanford University, where she was the Bella Mabury and Eloise Mabury Knapp Professor in the Humanities and Melvin and Bill Lane Professor of English, as well as the longtime director of the creative writing program. Boland split her time between Palo Alto, California, and Dublin before her death from a stroke in 2020. She was survived by her husband, daughters, and four grandchildren. As Ireland’s first major female poet, Boland is revered as a transformational force in the Irish poetic tradition.

How We Were Transfigured

That the Science of Cartography Is Limited

The Lost Art of Letter Writing