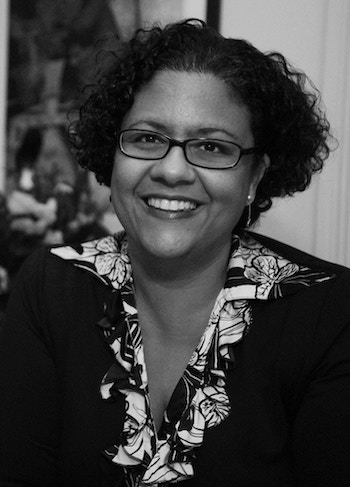 Poet, educator, and scholar Elizabeth Alexander was born in Harlem, New York, to a family of intellectuals and politicians. Raised in Washington, D.C., she received a BA from Yale University and an MFA in poetry from Boston University, after her instructor, the poet Derek Walcott, redirected her from fiction to poetry. She also holds a PhD from the University of Pennsylvania.

Alexander is author or co-author of 14 books, including 2005’s collection American Sublime, shortlisted for the Pulitzer Prize in poetry, and her 2015 memoir, The Light of the World, a finalist for the Pulitzer Prize in Biography. Her poem “Praise Song of the Day” was composed for and read at Barack Obama’s inauguration, at his request. Alexander has held teaching roles at many universities and was Chair of the African American Studies Department at Yale. She is notable as well for her critical writing on Black American literature. A founding member of Cave Canem, Alexander serves on the Pulitzer Prize Board and as a Chancellor of the Academy of American Poets. She is currently president of the Andrew W. Mellon Foundation and lives in New York City.