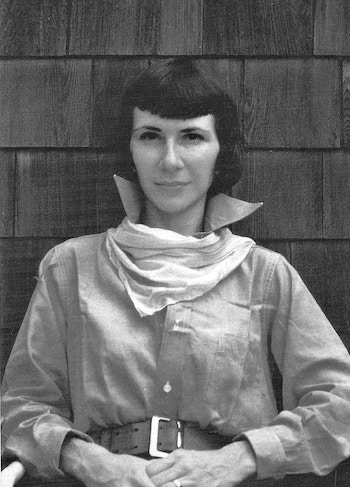 Poet and editor Elizabeth McFarland was born in Harrisburg, Pennsylvania, to a middle-class family and raised in Jacksonville, Florida, by her father and step-mother after her parents’ divorce. She wrote poetry beginning in early childhood and won a national poetry contest held by Scholastic as a teenager. After her graduation from Florida State College for Women, where she edited the school literary magazine, she set off for New York City to enter the publishing world. McFarland rose quickly from copywriter to poetry editor of Scholastic Magazine to her best-known role, that of Poetry Editor of the Ladies’ Home Journal. She held the editorship from 1948 until the magazine stopped publishing poetry in 1961.

At Ladies’ Home Journal, McFarland performed indispensable work in bringing poetry into millions of American homes, from major poets of the moment like W. H. Auden and Marianne Moore to then-emerging figures of the canon such as Sylvia Plath and Adrienne Rich. She also fought for fair pay for poets, moving the needle from Poetry’s going rate of 50 cents per line up to $10 per line—a staggering amount then, and still generous today. After a change in the magazine’s ownership, under which LHJ’s poetry was abandoned in favor of more remunerative content, McFarland retired to raise her children with her husband, poet Daniel Hoffman, continuing to write poetry of her own until her death in 2005. Over the Summer Water was published posthumously by Orchises Press in 2008, bringing her poetry to contemporary eyes.