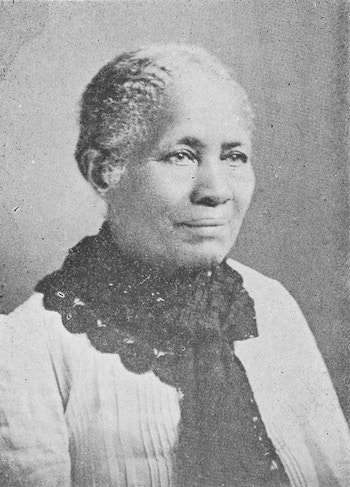 Born to free Black parents in Baltimore, Frances Ellen Watkins Harper was raised by her aunt and activist uncle after her mother’s death. She received a rigorous education at the Academy for Negro Youth. At thirteen, she began working as a nursemaid for a Quaker family that owned a bookshop, and she took the opportunity to read broadly and write work of her own. She published her first poetry book, Forest Leaves, at just 21.

Harper was already active with the Underground Railroad when new and stringent anti-Black laws exiled from her Maryland home in 1854, launching her with fresh determination into a life as an abolitionist journalist, public speaker, and activist. Harper wrote prolifically across genres: she published novels, essay collections, and numerous poetry books and was the first Black American to publish a short story. In the Reconstruction era, her ceaseless work made her into an even more prominent public figure: she held high-ranking roles in several civil rights organizations and co-founded the National Association of Colored Women. At 86, she died of heart disease in Philadelphia, leaving an intertwined literary and political legacy of groundbreaking firsts and dedicated progressive action.

Songs for the People