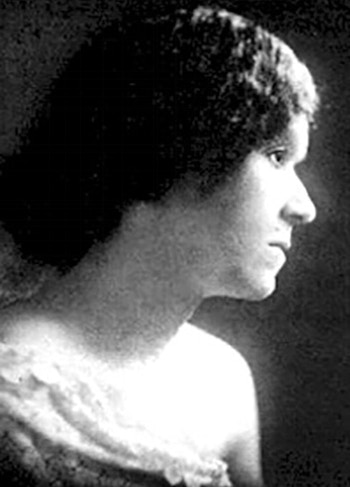 Poet and playwright Georgia Douglas Johnson published only six books during her lifetime, but she is remembered today as one of the most prominent female figures of the Harlem Renaissance. Her poetry collections, most notably The Heart of a Woman, Bronze, and An Autumn Love Cycle, explored the female psyche in the mode of Sara Teasdale, but ventured as well into the less-documented territory of life as a woman of color in a pre–Civil Rights United States.

Johnson wrote 28 plays, but only two were published in her lifetime, likely because of their controversial racial justice themes and direct criticism on topics like lynching. In the 1920s and 30s, Johnson opened her Washington, D.C., home to other Black writers, including Langston Hughes, Alice Dunbar Nelson, Alain Locke, and Zora Neale Hurston. This “S Street Salon” and the exchange of ideas it promoted was significant in broadening the New York–focused Harlem Renaissance into a wider national movement.

I Want to Die While You Love Me

Sonnet to the Mantled

The Dreams of the Dreamer

The Heart of a Woman