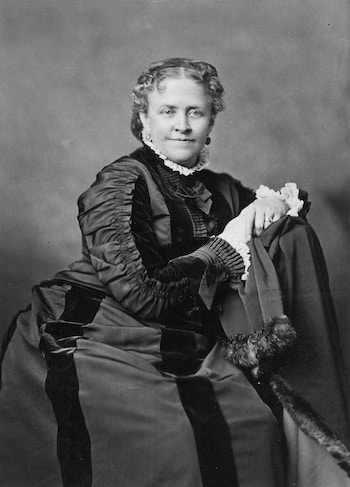 Poet and reformer Helen Maria Fiske was born in Amherst, Massachusetts, to an intellectual family: her mother was a writer and her father a minister and professor. Her childhood boarding school classmate Emily Dickinson became a lifelong friend and correspondent. Jackson was orphaned in her teens, married Army captain Edward Bissell Hunt at age 21, and began her writing career at 35 after the deaths of her husband and two young children. While on a rest cure in Colorado in 1875, she met and married banker William Sharpless Jackson.

Much of Jackson’s early work, which included poetry, travel writing, children’s books, and novels, was published pseudonymously. In 1879, after hearing the Ponca tribe’s Chief Standing Bear speak on the forced displacement of Native Americans, her interests shifted toward activism. Jackson’s spirited writings on the topic, all published under her own name, made her a well-known personality. Her nonfiction work A Century of Dishonor and novel Ramona, both intended to draw national attention to unjust governmental policies toward Native Americans, still remain in print today. Jackson died of stomach cancer in 1885.