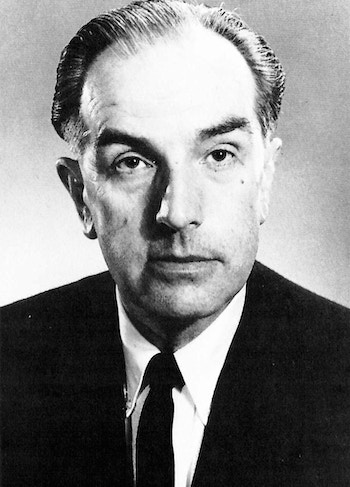 Henry Reed was born in Birmingham, England, the son of a master bricklayer. He was educated at King Edward VI School, Aston, and earned his BA with first-class honors and his MA at the University of Birmingham. At university, he studied French and Italian, met W. H. Auden and Louis MacNeice, and wrote a thesis on Thomas Hardy. While working as a journalist and teacher, he was called to Army service, and spent World War II as a Japanese translator. Next, he embarked on a career at BBC Radio, becoming a standout talent in the milieu of young creatives who flocked to the station in the decades after the war.

Reed wrote plays, poetry, and adaptations for the BBC, including a radio play of Moby-Dick, verse plays about poet Giacomo Leopardi, and the comical Hilda Tablet series. He published only one poetry collection during his lifetime: 1946’s A Map of Verona, which includes his most famous poem, “Naming of Parts.” He also published one critical work, The Novel Since 1939. His personal papers are held by the University of Birmingham. The recipient of the first Pye Golden Award for Radio from the Society of Authors, Reed died in 1986.