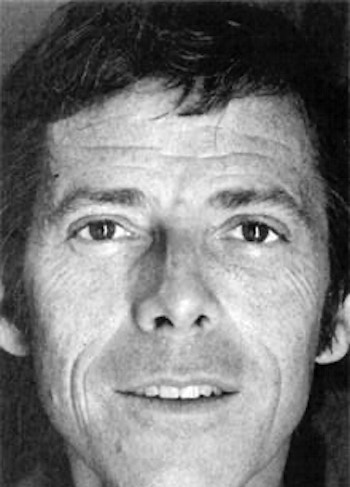 James Ingram Merrill is widely considered to be one of the great American poets of his generation. The youngest child of Charles Merrill, co-founder of the investment firm Merrill Lynch, he was raised in luxury in New York City. When his father passed away, Merrill dedicated much of his inheritance to charity, founding the Ingram Merrill Foundation, which awarded grants to hundreds of struggling writers and artists. Merrill’s long publishing career incorporated drama and fiction as well as over a dozen collections of the semi-autobiographical, conversational poetry he is best known for.

Over three decades, Merrill’s work was awarded nearly all of the major American literary awards, including the National Book Critics Circle Award, the Bollingen Prize in Poetry, the Pulitzer Prize, the inaugural Bobbitt National Prize for Poetry, and two National Book Awards. His groundbreaking poem The Changing Light at Sandover transformed Merrill and his partner David Jackson’s intense Ouija board sessions into a 560-page epic threaded through with the supernatural voices they encountered. In 1995, Merrill died of a heart attack related to AIDS, leaving a celebrated legacy in arts patronage as well as in poetry.

from The Thousand and Second Night

Upon a Second Marriage