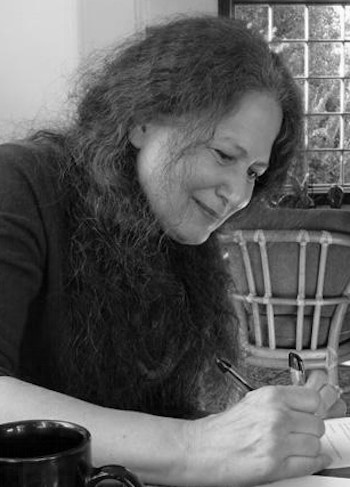 Poet, translator, and essayist Jane Hirshfield was raised in New York City’s Lower East Side, the daughter of a clothing manufacturer and a secretary. The first book she purchased with her own money was a collection of Japanese haiku. Hirshfield graduated from Princeton University magna cum laude as part of its first class to include freshman women. Her first published poem, printed in The Nation in 1973, garnered her a Discovery Award; however, she subsequently set poetry aside for the next seven years to pursue monastic training in Soto Zen at the San Francisco Zen Center. Alaya was published in 1982, the first of her nine poetry books.

Hirshfield’s laurels include a chancellorship at the Academy of American Poets; induction into the American Academy of Arts & Sciences; fellowships from the National Endowment for the Arts, the Guggenheim Foundation, and the Rockefeller Foundation; and numerous awards, including the Poetry Center Book Award, Columbia University’s Translation Center Award, and ten selections in the Best American Poetry series. In addition to her own poetry, she is renowned for her cross-disciplinary work on science and climate change and her advocacy for neglected women poets of the past, as well as her much-read essays on poetry. She currently lives in the San Francisco Bay Area.

Photo by A. Phillips for VOA.

Let Them Not Say

Spell To Be Said Against Hatred