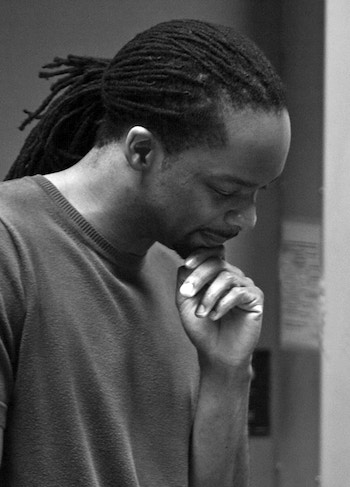 Poet and educator Jericho Brown was born Nelson Demery III in Shreveport, Louisiana. He received a BA from Dillard University, an MFA from the University of New Orleans, and a PhD from the University of Houston, working for a time as speechwriter for the mayor of New Orleans. In 2008, Brown published his debut poetry collection, Please (New Issues Press), which won the American Book Award. His second book, The New Testament (Copper Canyon Press, 2014), won the Anisfield-Wolf Book Award and was named one of the year’s best poetry books by Library Journal. Brown’s most recent collection, The Tradition (Copper Canyon Press, 2019) won the 2020 Pulitzer Prize in Poetry and was a finalist for both the National Book Award and the National Book Critics Circle Award.

Brown has been the recipient of honors including the Whiting Writers’ Award and fellowships from the NEA, the Guggenheim Foundation, and Harvard University’s Radcliffe Institute for Advanced Study, among others. He is currently Poetry Editor for The Believer and a professor and director of the Creative Writing Program at Emory University.

Duplex (A poem is a gesture toward home)