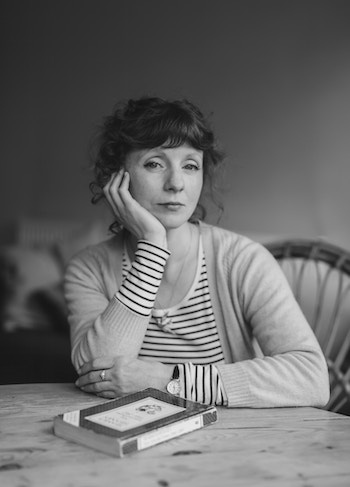 Liz Berry was born in 1980 in the Black Country, a region in the West Midlands of England historically thick with coal mines, steel mills, factories, and foundries. Berry’s parents worked to instill their children with a love of the arts and music: they often read poems to her at home in their broad local accents and brought the children along to local poetry readings. At her father’s particular encouragement, Berry began memorizing poems and writing her own while still a child.

Berry started her career as a primary school teacher, but after joining a beginner’s poetry class at a nearby college, she was moved to apply for the MA program at Royal Holloway, University of London, to study under the acclaimed poet Jo Shapcott. It was at this program that she began writing her first full-length poetry collection, Black Country, a paean to the home of her youth. Making use of the rich but often denigrated vernacular of the West Midlands, the book tells the stories of the region’s women, whose voices had previously been sidelined by narratives of male-dominated industry. Berry views these poems—darkly realistic, yet tender and musical—as “letters home.” Black Country propelled her into literary success, winning her the Somerset Maugham Award, the Geoffrey Faber Memorial Award, and the Forward Prize for Best First Collection. It also won the Poetry Book Society Recommendation and was named book of the year by many of the UK’s top newspapers.

While transitioning into life as a poet, Berry also gave birth to her first child. She searched for poetic voices that described the experience of new motherhood, but, once again, existing poetry fell short. As was the case with Black Country, she felt compelled to write her own work to fill the void. During her second pregnancy, she began drafting the poem that she herself had needed, but not found, when she first became a mother: “The Republic of Motherhood,” an unflinching look at the secret challenges of maternity that must be endured and overcome by its initiates.

In “Republic,” Berry reflects on the complexities of motherhood: its bureaucratic strictures, its loneliness, its moments of “unbearable skinless beauty.” As her narrator attends to the unceasing obligation of “feedingcleaninglovingfeeding,” she is overseen by the clinical, assimilating gaze that polices the citizens of the republic’s “wild queendom.” The poem would later be published in an eponymous pamphlet (or chapbook, to Americans) and win the prestigious Forward Prize for Best Single Poem.

Liz currently lives in Birmingham, which neighbors the West Midlands, where she writes, raises her two sons, and works as a tutor.

Audio: Berry on the Black Country Accent and more for the Scottish Poetry Library’s podcast.

Audio: Berry reads from her work and discusses the pamphlet format for the British Library’s podcast.

The Republic of Motherhood