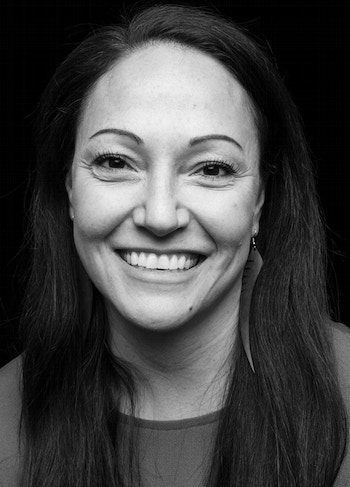 Poet and education advocate M. L. Smoker, born Mandy Smoker Broaddus, is a member of the Assiniboine and Sioux tribes of Montana’s Fort Peck Reservation, where her family’s home is on Tabexa Wakpa (Frog Creek). She holds a BA from Pepperdine University and an MFA from the University of Montana in Missoula, where she was the recipient of the Richard Hugo Memorial Fellowship. She was also a student at UCLA, where she was honored with the Arianna and Hannah Yellow Thunder Scholarship, as well as the University of Colorado, which named her a Battrick Fellow.

Smoker’s debut collection of poems was Another Attempt at Rescue, published by Hanging Loose Press in 2005. In 2009, she and poet Melissa Kwasny co-edited an anthology, I Go to the Ruined Place: Poems in Defense of Global Human Rights (Lost Horse Press), featuring 60 poems on human rights issues by 60 poets. Smoker received a regional Emmy award in 2013 for her work as a writer and consultant on the PBS documentary Indian Relay, which explored the high-risk horse racing style practiced by tribal nations in the Rocky Mountain West. In 2015, she was named the Indian Educator of the Year by the National Indian Education Association and was appointed to the National Advisory Council on Indian Education by President Obama. In 2019, the University of Montana in Missoula recognized her as an alumna of the year.

She served as the Director of the Indian Education Division for the state of Montana’s Office of Public Instruction for nearly ten years. There, she led the state’s Indian Education for All program, as well as the Schools of Promise initiative, which sought to close the achievement gap via new models for education at Montana’s lowest-performing schools. Smoker has also served as an administrator at a rural public school in Frazer, Montana, and taught courses at Fort Peck Community College and the University of Montana.

Since 2019, Smoker has jointly held the role of Montana’s co–Poet Laureate with Melissa Kwasny. Her free-verse poems are steeped in Native American culture and history, often deploying a personal lens.. Smoker’s influences include John Steinbeck, Philip Levine, and famed Montana writer James Welch. She currently works at the nonprofit Education Northwest as a practice expert in Indian Education, focusing on equity in Native schooling.

Audio: Smoker interviewed on her influences on the From the Fishouse podcast

The Book of the Missing, Murdered and Indigenous – Chapter 1