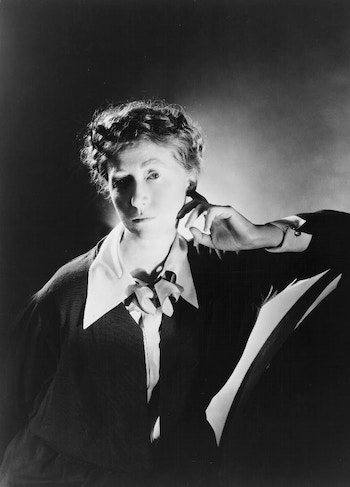 One of the great American poets of the 20th century, Marianne Moore was born in St. Louis, Missouri, and raised by her mother there and in Pennsylvania. She earned a BA from Bryn Mawr before moving with her mother to New York City in 1918, where she worked at the New York Public Library. Moore contributed to the major literary magazine Dial and served as its editor during the late 1920s, which connected her to Modernist poets like William Carlos William, Ezra Pound, and T. S. Eliot. Her first collection, Poems, was organized and published by Imagist doyenne H.D. without Moore’s knowledge.

Over her lifetime, Moore’s poetry won many prestigious awards, including the National Book Award, the Pulitzer Prize in Poetry, the Poetry Society of America's Gold Medal for Distinguished Development, and the National Medal for Literature. Her prose output was also highly regarded, covering topics from the arts to sports to conservation. She mentored several of the major poetic figures of the following generation, including Elizabeth Bishop and James Merrill. Moore’s signature fusion of wit, precise language, and images of the particular that comment on the general have earned her adulation from poets then and now and a fixed place in the English-language canon.