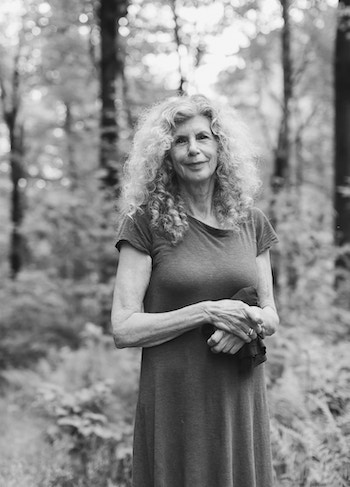 Born in Rochester, New York, in 1950, Marie Howe attended Sacred Heart Convent School and the University of Windsor. She worked as a newspaper reporter and teacher before receiving her MFA from Columbia University, where she studied with mentor Stanley Kunitz.

Howe’s first poetry collection, The Good Thief (Persea, 1988), was selected for the National Poetry Series by Margaret Atwood. Kunitz chose the book for the Academy of American Poets’ Lavan Younger Poets Award, calling it “luminous, intense, and eloquent, rooted in an abundant inner life.” Howe’s brother John died of an AIDS-related illness in 1989, a loss that remapped the poet’s approach to her practice. As she described it to Victoria Redel in an interview with BOMB, “Something had happened in time, in the actual world, and that world wanted into the poems.” Her second collection, What the Living Do, was an elegy to John that took her eight years to write. It was noted by Publishers Weekly as one of the five best poetry collections of the year. More recently, Howe has published The Kingdom of Ordinary Time (Norton, 2008), a finalist for the L. A. Times Book Prize, and Magdalene (2017), both of which engage deeply with the spiritual and metaphysical aspects of everyday life. She is also the author of an artist’s book, Poems from the Life of Mary (Center for Book Arts, 2003). Howe’s poems have appeared in The New Yorker, The Atlantic, Poetry, Agni, Ploughshares, Harvard Review, and The Partisan Review, among other publications. With Michael Klein, she coedited the 1994 essay anthology In the Company of My Solitude: American Writing from the AIDS Pandemic.

A Chancellor of the Academy of American Poets, Howe was Poet Laureate of New York State from 2012 to 2014. She has received fellowships from the Bunting Institute at Radcliffe College, the National Endowment for the Arts, the Guggenheim Foundation, the Academy of American Poets, and the Fine Arts Work Center in Provincetown. She has taught at Columbia University, Tufts University, Dartmouth College, New York University, and Sarah Lawrence College. Howe lives in New York City.

Audio/Text: Howe joins On Being to discuss "The Power of Words to Save Us"

Audio/Text: Howe reads and discusses her poem "The Map" on PBS NewsHour