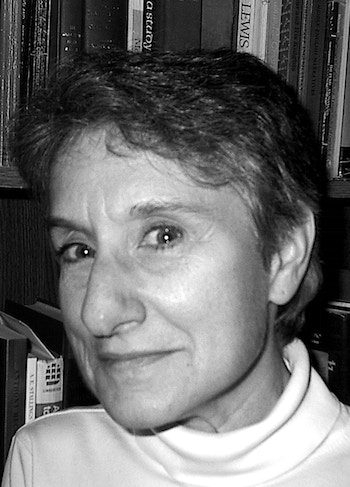 Poet, linguist, and medievalist Maryann Corbett was born in Washington, DC, and raised in northern Virginia. She received a BA from the College of William and Mary and an MA and PhD from the University of Minnesota before taking a job as a master indexer and language specialist for the Minnesota Legislature, which she has held for more than three decades. Corbett wrote poetry when young, but between the demands of her job and raising a family, she put her creative work on hold for years, only returning to the page after her children went to college. Her output since then has included four books—Breath Control (2012), Credo for the Checkout Line in Winter (2013), Mid Evil (2015), and Street View (2017)—an oeuvre whose accolades include a Richard Wilbur Award and two recognitions as finalist for the Able Muse Book Prize. In 2009, Corbett was the co-winner of the Willis Barnstone Translation Award. Her poems have been published widely in print and online, including in The Best American Poetry anthology series. She lives in Saint Paul, Minnesota.

Photo by John Corbett is licensed under CC BY-SA 4.0.

Postlude for Four Hands at the Great Organ