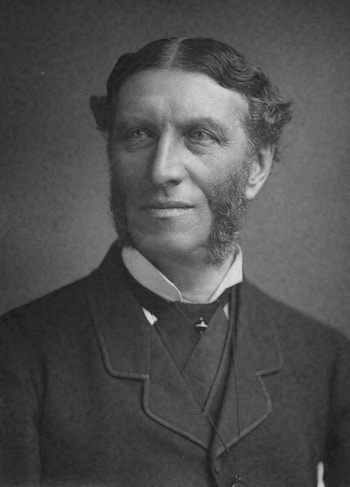 The Victorian writer Matthew Arnold is known today for his critical essays as much as for his poetry, both of which explored social, moral, and religious concerns. A notorious dandy and inconsistent student while at university, Arnold straightened out in adulthood to the extent that he was dubbed “the most serious man alive” by G. K. Chesterton.

To support his wife, Frances Lucy Wightman, and their eventual six children, he worked as a school inspector for many years—a difficult job involving much travel, but one that allowed him rare glimpses into the lives of Britons of all stripes, informing his commentary on class issues and education. Later in life, he was offered a position as Professor of Poetry at Oxford University. A contemporary of Alfred, Lord Tennyson and Robert Browning with influences including John Keats and William Wordsworth, Arnold bridged the gap between the Romantic and modernist eras, adopting the cynicism and introspective lens that soon came into full flower with the literature of the late 19th and early 20th centuries.