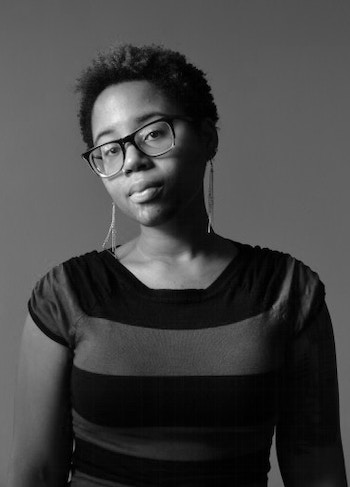 Poet and journalist Maya Phillips was born and raised in New York City. She earned her BFA in writing, literature, and publishing with a concentration in poetry from Emerson College, where she was active in the poetry slam community. She also attended Warren Wilson's MFA Program for Writers, writing most of the poems that would become her first collection, Erou. Published by Four Way Books in 2019, Erou won the 2019 Balcones Poetry Prize and 2020 Poetry by the Sea book award, as well as being named a finalist for the PEN Open Book Award.

Now a New York Times critic at large after being named the paper’s inaugural arts critic fellow, Phillips’s journalistic focus is on arts, culture, and entertainment. Her work has appeared in The New Yorker, Slate, The Week, Vulture, and many other outlets. Her poetry has been published in The New Yorker, The New York Times Magazine, The Gettysburg Review, The Baffler, The Rumpus, BOAAT, and elsewhere. Phillips’ debut book of pop culture criticism, NERD: On Navigating Heroes, Magic, and Fandom in the 21st Century, is forthcoming in summer 2022 from Atria Books. She lives in Brooklyn.