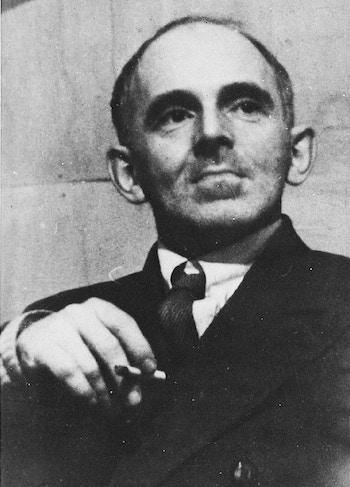 Osip Mandelstam was born in Warsaw, then part of the Russian Empire, in 1891. His Polish-Jewish family moved to St. Petersburg soon thereafter, escaping the worst of the anti-Semitic sentiment there due to his father’s work as a prominent leather merchant. Mandelstam studied at the elite Tenishev School, where his earliest poems were published in a school publication. He briefly attended the Sorbonne in Paris and the University of Heidelberg in Germany before converting to Methodism to attend the Christian-only University of Saint Petersburg. He left without completing his degree, instead beginning to write in earnest.

1913 saw the publication of Mandelstam’s debut collection, Kamen—in English, Stone—which brought his work widespread attention. Writing against the grain of the then-prevalent symbolist movement in Russian, Mandelstam formed a group with other young poets including Nikolay Gumilev and Anna Akhmatova that became the basis for the humanist Acmeist school of poetics. His work was populist in spirit, inspired by the First Russian Revolution and its wide-ranging societal impacts. However, at the close of World War I, the Russian Revolution began, and the ruling Bolsheviks began to use art and poetry in their propaganda efforts, including Mandelstam’s. He resisted the application of his deeply personal poetry to political efforts, even those he supported, earning himself disapproval from the state and other artists that would only deepen.

In the face of building criticism from the increasingly restrictive Soviet state, Mandelstam continued to write and publish his work, even as his literary peers were silenced, exiled, tortured, or executed. To support his creative output, he worked as a translator, then as a newspaper correspondent. 1922 saw the publication of Tristia, a collection of poetry honoring the individual rather than the state, with an autobiographical book following in 1925. He released three further books in 1928, including Poems, a poetry volume, On Poetry, a collection of essays, and The Egyptian Stamp, one of Russia’s few surrealist prose works.

In 1929, critique from the press about an overblown copyright scandal forced Mandelstam and his wife, Nadezhda Khazina, to travel to Armenia as journalists. Mandelstam wrote the prose work Journey to Armenia as well as a cycle of poems, “Armenia,” in response to this trip. However, Soviet pressure on the poet increased again upon the couple’s return. In 1933, Mandelstam published an epigram sharply critical of Stalin. The state’s response to the poem set off a tumultuous final five years of his life, in which he was tortured, exiled, and driven to acute ill health and insanity, briefly returning to Moscow society before dying in a camp after one of Stalin’s purge. Much of Mandelstam’s poetry remained unpublished and has only survived due to his widow’s dedication to conserving his oeuvre. Despite the suppression of his writing during his lifetime, Mandelstam’s reputation grew in the years after Stalin’s death, and he is now considered one of the Russian language’s greatest poets.

Audio/Text: Mandelstam's "And I Was Alive," read by translator Christian Wiman for On Being

Text: Another Wiman translation, "The Necklace," at The Atlantic