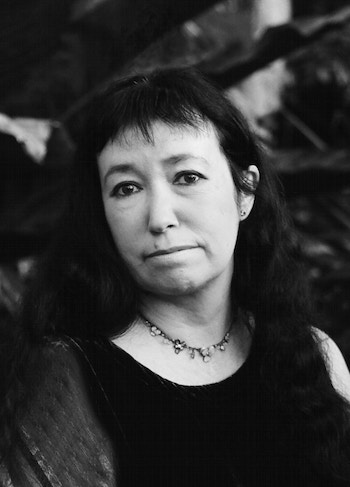 Pascale Petit is a French-born British poet of French, Welsh, and Indian heritage. Born in Paris, she was raised in France and Wales. Petit’s first creative pursuit was sculpture: she trained as a sculptor at the Royal College of Art and worked as a visual artist for many years.

Petit is the author of eight published eight poetry collections, beginning with 1998’s Heart of a Deer. The Zoo Father (Seren, 2001) brought her to public prominence. Her seventh collection, Mama Amazonica (Bloodaxe, 2017), won the RSL Ondaatje Prize and the inaugural Laurel Prize for Poetry in 2020 and was named a Poetry Book Society Choice. Petit's 2020 collection Tiger Girl was shortlisted for the Forward Prize for Best Collection and for Wales Book of the Year. Four of her collections have been shortlisted for the T. S. Eliot Prize.

A Fellow of the Royal Society of Literature, Petit has received many awards, including the Cholmondeley Award, four awards from Arts Council England, and three from the Society of Authors. Her poems have also won the Keats-Shelley Poetry Prize and the Manchester Poetry Prize. She was Poetry Editor of Poetry London for 15 years and has been a Royal Literary Fund Fellow twice. Petit, whose poems have been translated into 18 languages, also translates poems by contemporary Chinese poets. She tutored poetry courses for Tate Modern for nine years and currently tutors for the Arvon Foundation and Ty Newydd.