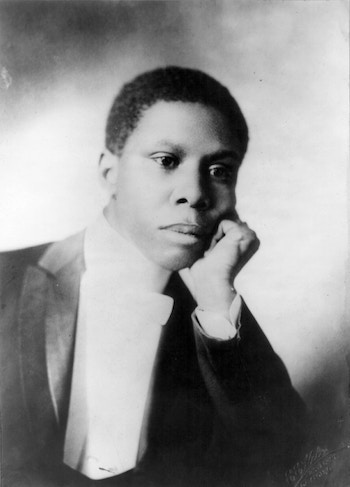 Born in Dayton, Ohio, to a freed enslaved couple, Paul Laurence Dunbar wrote prolifically across genres, including poetry, short stories, novels, and lyrics. While he was still in high school, he edited a local newspaper, The Tattler, printed by future inventor Orville Wright, and had poems published in the Dayton Herald. However, because he was Black, even this impressive resume was not enough to garner him a job in the newspaper world or admission into college.

Dunbar worked as an elevator operator until advocacy by public figures including Frederick Douglass and James Whitcomb Riley brought him to national, then international, prominence. He was married to writer Alice Dunbar Nelson and died of tuberculosis when just 33. Dunbar left a complex legacy: he wrote both works of protest and dialect poems that were considered to perpetuate reductive ideas of Blackness. However, he remains the most prominent Black American writer of the 19th century.

The Poet and His Song

The Right To Die

We Wear the Mask