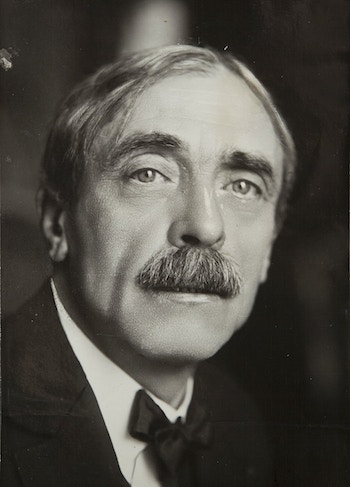 Ambroise Paul Toussaint Jules Valéry—poet, philosopher, and critic—was born in Sète, France, and raised in the nearby city of Montpellier. The son of an Italian mother and Corsican father, he attended the local lycée before studying law at the University of Montpellier. He moved to Paris after completing his studies, where he became part of the circle of seminal Symbolist poet Stéphane Mallarmé. He married a family friend of Mallarmé’s, Jeannine Gobillard, in 1900, with whom he would have three children.

Though closely involved with the elect of Parisian creative and intellectual life, Valéry eschewed literary writing for the next two decades, aside from a few early works; after a revelation during a dramatic thunderstorm, he chose to spend his time focusing on philosophy, mathematics, and language. It was not until 1912, at the urging of André Gide, that Valéry returned to his early poems to revise them for publication, coming out with the famed La Jeune Parque in 1917. He launched into writing full-time in 1920, although he abandoned poetry again soon thereafter. Elected to the Académie Française in 1925, Valéry became one of France’s most prominent public intellectuals for the length of his career, writing criticism, lecturing widely, and remaining active even through the restrictive years of Vichy France. Although his poetic output was slim, its influence echoed across the world stage, inspiring writers as disparate as T. S. Eliot, James Merrill, and John Ashbery. Valéry died in Paris in 1945.

The Graveyard by the Sea