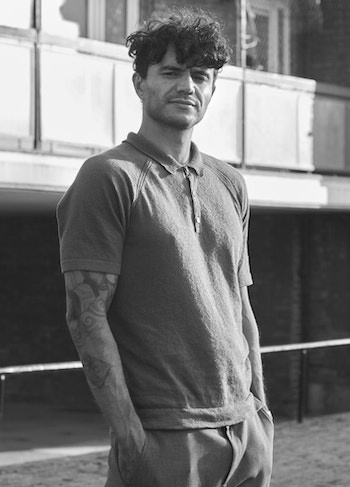 Raymond Antrobus was born in Hackney, London, to a Jamaican immigrant father and an English mother, both lovers of literature who frequently read poetry to him. Antrobus began writing at age six, the same year his deafness was discovered. One of the first recipients of a master’s in Spoken Word Education from Goldsmiths, University of London, Antrobus’s primary career focus was teaching until he attended a U.S. literary event and realized the merit of his own writing. Determined to pursue a life as a poet, he connected with London’s slam and open mic poetry scene, where he found both mentorship and camaraderie. He started performing his poetry and co-founded spoken word collective Chill Pill and the Keats House Poets Forum.

Antrobus has published two chapbooks, Shapes & Disfigurements of Raymond Antrobus (Burning Eye Books, 2012), and To Sweeten Bitter (Outspoken Press, 2017). His debut full-length collection, The Perseverance (Penned in the Margins, 2018), is a critically acclaimed exploration of loss, masculinity, family, and deafness that won him the Ted Hughes Award, the Somerset Maugham Award, the Sunday Times/University of Warwick Young Writer of the Year Award, and other accolades. He also became the first-ever poet to be awarded the Rathbones Folio Prize for the best work of literature in any genre. Antrobus is a winner of the Geoffrey Dearmer Prize and the recipient of fellowships from Cave Canem, Complete Works III, and Jerwood Compton. His poems have appeared in Poetry and Poetry Review and on BBC 2 and BBC Radio 4, among many other places. Antrobus’s debut children’s picture book, Can Bears Ski?, will be published in fall 2020.

I Want the Confidence of

Two Guns in the Sky for Daniel Harris