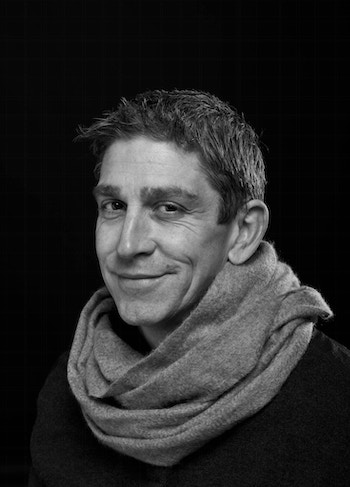 Richard Blanco was born in Madrid to Cuban-exile parents and raised in Miami. He first studied to be an engineer, receiving a degree from Florida International University in 1991, and returned to FIU in the late 90s for an MFA in creative writing. Blanco has published multiple poetry books and chapbooks, including City of a Hundred Fires (1998), winner of the received the Agnes Starrett Poetry Prize; Directions to the Beach of the Dead (2005), recipient of the PEN America Beyond Margins Award; Looking for The Gulf Motel (2012), winner of the Paterson Poetry Prize and the Thom Gunn Award; and How to Love a Country (2019). He is also the author of two memoirs, For All of Us, One Today: An Inaugural Poet’s Journey (2013) and The Prince of los Cocuyos (2014), the latter a winner of the Maine Literary Award and the Lambda Literary Award for Gay Memoir.

Blanco was chosen to read his poem “One Today” for Barack Obama’s 2012 inauguration, making him the youngest United States inaugural poet, as well as the first immigrant and first out LGBTQ+ person honored with the role. His many honors include two Florida Artist Fellowships, a Residency Fellowship from the Virginia Center for the Creative Arts, the John Ciardi Fellowship from the Bread Loaf Writers’ Conference, and numerous honorary degrees. He has taught at schools around the United States, including Georgetown University, American University, and Wesleyan University. Blanco currently serves as the first Education Ambassador for the Academy of American Poets and Distinguished Visiting Professor at Florida International University. He lives in Bethel, Maine.