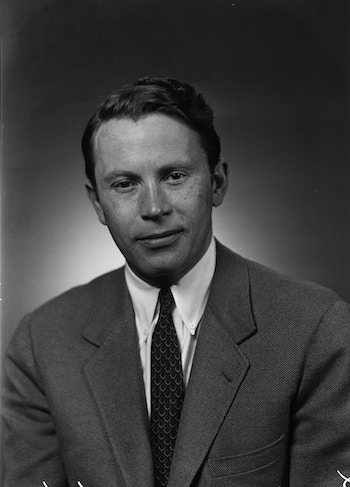 Poet, translator, and educator Richard Wilbur was born in New York City and raised in New Jersey. He first published a poem at age eight, in John Martin’s Magazine, and continued writing and editing through his undergraduate years at Amherst, his World War II service, and his graduate studies in English at Harvard. While at Harvard, Wilbur first met Robert Frost, who would become a mentor and major influence.

Wilbur’s first collection, The Beautiful Changes, and Other Poems, debuted in 1947. He went on to publish ten more poetry titles, which received increasing acclaim, all in all garnering him two Pulitzer Prizes for Poetry, the National Book Award, the Bollingen Prize, and many other accolades. His honors also include the National Medal of Arts and an appointment as United States Poet Laureate. Wilbur translated plays and poetry throughout his life, most notably works by the great 17th-century French playwrights, with his Molière translations widely considered definitive. He also wrote children’s books, helped found the Wesleyan University Press’ poetry series, and taught poetry to generations of college students. Wilbur was predeceased by his wife and college sweetheart, Charlotte Wilbur, in 2007, and died in 2017.

On the Marginal Way