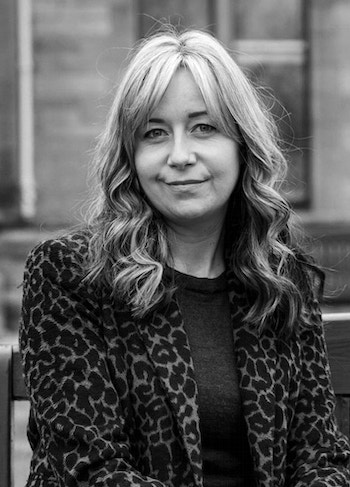 Writer, editor, and literary consultant Sarah Stewart was born in Aberdeen, Scotland. She started her career at Scottish publishing and production company DC Thomson before moving to London to work as a magazine journalist, later becoming Fiction Editor at Scholastic Children’s Books, then Senior Editor at Floris Books. Stewart has written for Time Out, The Herald, and The Guardian, among others, and she has authored multiple children’s novels, published by Stripes under the pseudonym Sarah Forbes. She was a UNESCO City of Literature Writer in Residence in Krakow in 2017, and her poetry has been widely published and anthologized. Her first pamphlet, Glisk, was published by Tapsalteerie in 2018 and won the Callum Macdonald Award in 2019. She is Director of the Lighthouse Literary Consultancy, which offers editorial guidance to new writers.