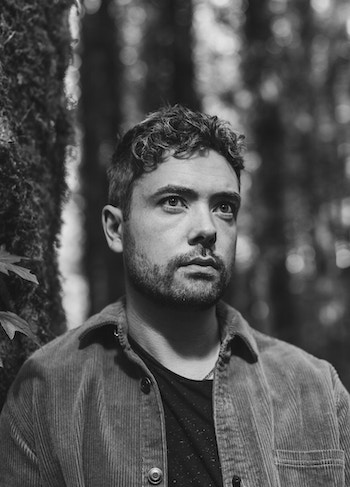 Poet and academic Seán Hewitt was born in 1990 in Warrington, UK, to an Irish mother and English father. He was raised in the village of Grappenhall, where he attended St. Wilfrid’s Primary School. Early passions for the young poet included reading and excursions into nature in his village’s rural surroundings. Hewitt studied English at Girton College, University of Cambridge, where he received early recognition for his academic talents, including the Emily Davies and Lilias Sophia Ashworth Hallett scholarships and the Rima Alamuddin Prize and Charity Reeves Prize in English, the latter twice.

Hewitt was first drawn to Irish poetry at Cambridge: after taking a course on Old Irish Language and Literature, he chose to specialize in Irish modernism and the Irish Revival. Next, he began work toward a Ph.D. from the Institute of Irish Studies at the University of Liverpool, where he focused on early-20th-century Irish writer John Millington Synge. While pursuing this degree, he was also writing his own poetry. He was nominated for the Forward Prize for Best Single Poem in 2012, and in 2014, he was awarded funding by Arts Council England for a series of poems. The next year, he was selected as one of the Poetry Trust's Aldeburgh Eight. He won the Northern Writers’ Award in 2016 and received the Resurgence Prize in 2017—the world’s largest ecopoetry award for a single poem—for his poem “Ilex.”

After receiving his Ph.D. in 2017, Hewitt finished his first poetry pamphlet, Lantern, which was published by Offord Road Books in 2019. Lantern was the Poetry Book Society Summer Pamphlet Choice for 2019, won an Eric Gregory Award, and was shortlisted for the Michael Marks Award. A debut full-length, Tongues of Fire, followed from Jonathan Cape in April 2020. The collection weds narrative and lyric poetry, connecting elegiac poems grieving the end of Hewitt’s father’s life with translations and reimaginings of the traditional Irish tale Buile Suibne, both threaded through with invocations of the natural world. Tongues of Fire was received with both popular and critical acclaim, garnering Book of the Year recognition from the Guardian, Spectator, Irish Times, and Irish Independent, as well as being named a Poetry Book Society Recommendation and The Observer Poetry Book of the Month. In 2020, he was also chosen by The Sunday Times as one of their "30 Under 30" Irish artists and was shortlisted for the Sunday Times Young Writer of the Year Award.

Hewitt teaches Modern British & Irish Literature at Trinity College Dublin and is a book critic for the Irish Times. He previously held a postdoctoral position at University College Cork, where he was a Leverhulme Research Fellow. His focus in both teaching and research is late nineteenth-century and early twentieth-century British and Irish literature. Hewitt’s academic monograph, J. M. Synge: Nature, Politics, Modernism, is forthcoming from Oxford University Press in 2021, and his memoir, All Down Darkness Wide, will be published by Jonathan Cape in 2022.

Video: Hewitt reads poems from Tongues of Fire for the John Hewitt Society