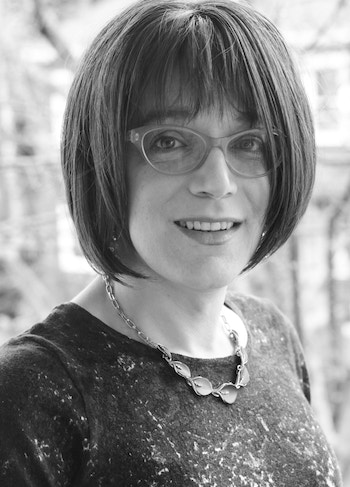 Poet, critic, transgender activist, and professor Stephanie Burt was born in 1971 and grew up in the Washington, D.C., area. She earned her B.A. from Harvard University and a Ph.D. from Yale University. She has published four poetry collections: Popular Music (Center for Literary Publishing), winner of the 1999 Colorado Prize for Poetry, was followed by Parallel Play, Belmont, and Advice from the Lights, all from Graywolf Press. Burt’s wide-ranging work as a literary critic has also received accolades: Randall Jarrell and His Age won the Warren-Brooks Award in 2002, and Close Calls with Nonsense was a finalist for the National Book Critics Circle Award. Her nonfiction monographs also include Don’t Read Poetry (Basic Books, 2019), The Poem Is You: 60 Contemporary American Poems and How to Read Them (Harvard University Press, 2016) and The Art of the Sonnet (HUP, 2010).

Burt’s writing has appeared in The New York Times Book Review, The London Review of Books, The Times Literary Supplement, The Believer, Slate, The Yale Review, and The Boston Review. The New York Times has called her “one of the most influential poetry critics of her generation.” Since 2007, she has been a professor at Harvard University, earning tenure in 2010. She lives in the suburbs of Boston, Massachusetts, with her wife and two children.

Advice from the Lights