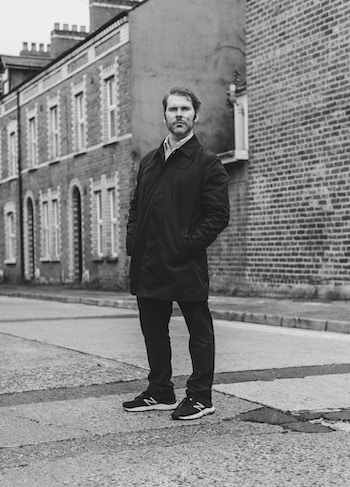 Poet and teacher Stephen Sexton was born in 1988 in Dundonald, outside of Belfast, Northern Ireland. He wrote his first poem at the age of eight; as he recalls, “I loved the idea of going to the edges of my little vocabulary, looking for words to rhyme with each other.” However, he focused on playing guitar in various bands during his teenage years, which he spent at Grosvenor Grammar School.

Sexton attended Seamus Heaney Centre at Queen’s University Belfast for his creative writing degree, where he began to write poetry more seriously. After graduating, he continued at Queen’s for his PhD in creative writing. Oils, his debut pamphlet, was published in 2014 by the Emma Press and won the Poetry Book Society's Winter Pamphlet Choice. In 2017, Sexton finished his PhD program and won the UK National Poetry Competition. The following year, he won an Eric Gregory Award from the Society of Authors.

2019 saw the publication of Sexton’s first full-length, If All the World and Love Were Young (Penguin). A highly acclaimed collection, it won the Forward Prize for Best First Collection, the E. M. Forster Award, and the Rooney Prize for Irish Literature, and was shortlisted for both the Dylan Thomas Prize and the John Pollard Poetry Prize. It was also named a Book of the Year by the Sunday Times, New Statesman, and Telegraph. If All the World and Love Were Young addresses the death of Sexton’s mother in 2012 through the lens of the 1990 Super Nintendo game Super Mario World, taking its reader through each level of the game in an exploration of loss, memory, and the shape of reality.

Sexton’s writing has appeared in Poetry, Granta, Poetry London, Poetry Ireland Review, Virginia Quarterly Review, and other major publications. His poems have been featured in anthologies including Best British Poetry 2015, Switching Off Darkness: Young Irish Poets, and The Future Always Makes Me So Thirsty: New Poets from the North of Ireland. He has also participated in BBC Radio Four documentaries We Will Arise and Go Now and Driving Bill Drummond. His latest collection, Cheryl’s Destinies (Penguin, 2021)—a fantastical journey through real and imagined pasts—is shortlisted for the Forward Prize for Best Collection. A lecturer at Queen’s University Belfast, Sexton counts Anne Carson, Ciaran Carson, Sinéad Morrissey, and Sylvia Plath among his poetic influences. He currently lives in Derry.

Video: Sexton on his poem "The Chair" for Irish Arts Center

Text: Sexton discusses the writing of his poem "Daydream of the Jacket"