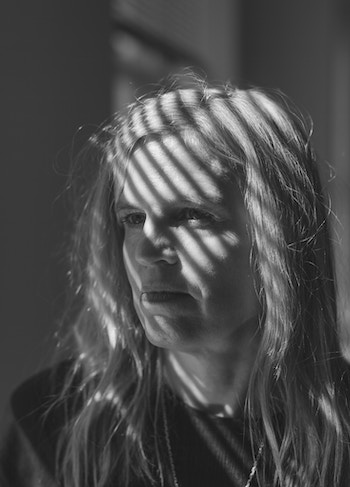 Suzanne Wise was born and raised in rural Vermont. Her father, the first person in his family to go to college, worked hard to provide her and her brother with an education. Her mother is an avid reader and lover of the arts who instilled these same passions in her daughter. The first poet Wise ever met was her maternal grandmother, who wrote rhymed verse to entertain her granddaughter when she was a child. The next living poets to enter Wise’s life were Allen Ginsberg and his partner Peter Orlovsky, who gave a reading in the town where she attended public high school. It may have been that evening that the seed was planted in the young poet: poetry could be a grand, rebellious lifelong vocation.

Wise studied English literature and creative writing in college, but her real education in poetry came about when she moved to New York City in her early twenties. She wrote poems, attended readings, and learned how to live cheaply—an essential skill for building a life of poetry. She received a full tuition-waiver fellowship to attend the MFA program at the University of Michigan; there, she won the Hopwood Award, and the poets Sandra Alcosser, Thylias Moss, and most especially Alice Fulton provided support and encouragement for her writing. Since then, with the exception of interludes in San Francisco and Provincetown, Wise has lived, worked, and written in New York City.

Wise’s latest publication is the poetry chapbook The Book of Space (Tammy, 2021). Her previous poetry collections include the full-length The Kingdom of the Subjunctive (Alice James Books) and the chapbooks Talking Cure (Red Glass Books) and The Blur Model (Belladonna*).

Her poems have also been published in several anthologies—such as Resist Much, Obey Little: Inaugural Poems to the Resistance and Legitimate Dangers: American Poets of the New Century—and dozens of journals, including American Letters and Commentary, The Bennington Review, Boston Review, Bomb, EOAGH, Fence, Green Mountains Review, Interim, Pierogi Press, Ploughshares, and Tikkun.

In addition to poetry, Wise’s writing includes fiction, news, reviews, and essays about art and poetry. She has written an exhibition catalogue essay on early artwork by Laylah Ali (Institute of Contemporary Art, Boston) and a scholarly essay on the poetry of C.D. Wright that appeared in the anthology Eleven More American Women Poets in the 21st Century (Wesleyan University Press), edited by Claudia Rankine and Lisa Sewell. Her writing has garnered her residencies at the Fine Arts Work Center in Provincetown, MacDowell, Millay Arts, and Yaddo, among other places.

Wise has taught creative writing at Poets House, the University of Michigan, Middlebury College, and Pratt Institute, and she has been invited to read and discuss her work at graduate and undergraduate writing programs across the country. An occasional cartoonist, Wise shares her comics on Instagram at @demonsofpoetry. She resides in Brooklyn, New York, with her partner, the writer and drummer Jacob Slichter.

Text: Wise interviewed by rob mclennan at Touch the Donkey

from The Book of Space

There is no Life or Death