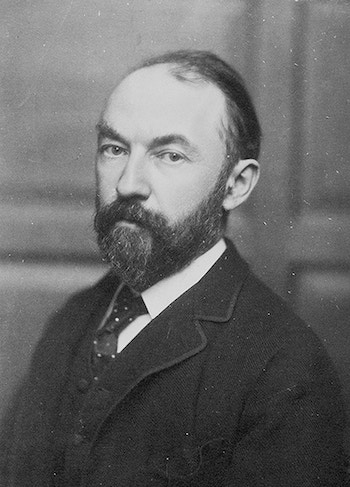 Realist novelist and poet Thomas Hardy was born in rural Dorset, England, the son of a stonemason father and a book-loving mother. He worked as an architect, writing only in his spare time, until his novel Far from the Madding Crowd became a bestseller in 1874. His newfound financial stability from publishing allowed him to marry his first wife, Emma Gifford, that same year. Hardy’s many celebrated novels, known for their interrogation of Victorian social conventions and the human suffering they perpetuate, also include The Return of the Native, Tess of the d'Urbervilles, and Jude the Obscure.

Although Hardy considered himself a poet first and foremost, his first poetry collection was not published until 1898. He then published 900 poems over the next 30 years, ranging widely from ballads and satires to war poems and lyric works. At first, his poetry failed to attract the same level of praise as his fiction, but its value has since been recognized, and he is now considered a major 20th-century poet. Hardy’s writing has influenced prominent authors as disparate as Virginia Woolf, Philip Larkin, Robert Frost, Rupert Brooke, and Ezra Pound.

I Look into My Glass

The Convergence of the Twain