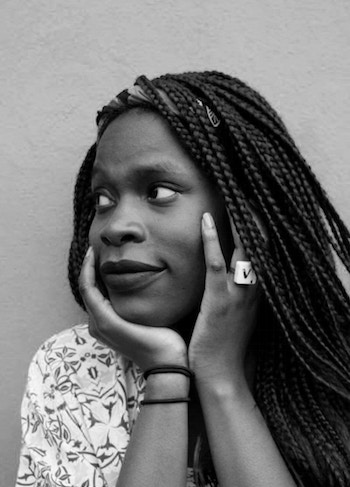 British Ugandan writer and performer Vanessa Kisuule began writing poetry at the age of eighteen. She attended Bristol University for her BA in English literature. While in school, she broke into Bristol’s spoken-word poetry scene and soon began winning slam titles.

Kisuule has published two collections, Joyriding the Storm and A Recipe for Sorcery, both with Burning Eye Books. She is the winner of more than ten slam competitions, including the Poetry Rivals slam and two Farrago slams. Kisuule has performed at festivals such as Shambala, WOMAD, and Glastonbury, as well as prominent events and venues including the Royal Albert Hall, the British Library, Bristol Old Vic, Tongue Fu, and Chill Pill. Her poems have been featured by The Guardian, the Huffington Post, BBC Radio 1, and TEDx in Vienna. Kisuule is a recipient of the Jerwood Micro Arts Bursary and the Leverhulme Arts Scholarship. SEXY, her one-woman show, toured the UK in 2018. Most recently, from 2018–2020, Kisuule served as Bristol City Poet.