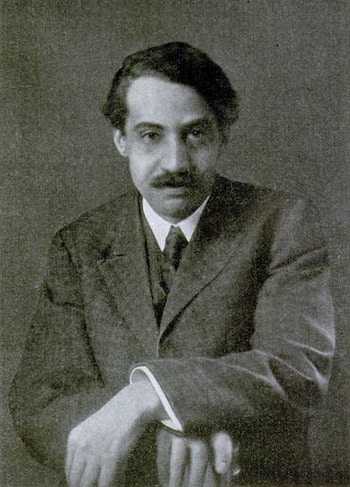 Poet, critic, publisher, and editor William Stanley Braithwaite was born in Boston, Massachusetts, to a Black British Guianan family of means. He was largely self-taught: his father, who educated him at home, died when Braithwaite was twelve, ending his schooling and compelling him to enter the working world to support his family. Despite Braithwaite’s limited formal learning and the racism of the era, he soon advanced from typesetter’s apprentice to well-known critic and poet, writing for periodicals including Atlantic Monthly, New York Times, and Scribner’s. In 1903, Braithwaite married Emma Kelly, with whom he had seven children. His poetry, influenced by the English Romantic tradition, was published in three collections: Lyrics of Love and Life (1904), The House of Falling Leaves (1908), and Selected Poems (1948).

Braithwaite became a literary critic for the Boston Evening Transcript in 1905. In this role, he assembled a yearly survey of poetry, which would develop into his seminal anthology series, “Magazine Verse.” Although he edited many anthologies, “Magazine Verse” is notable for its highlighting of poets working in both conventional and experimental modes, and particularly for its inclusion of Black poets. In 1918, Braithwaite was awarded the NAACP’s Arthur B. Spingarn Award for outstanding achievement in the field of literature. After leaving the Transcript, he taught at Atlanta University from 1935 until his retirement in 1945. He died at his home in Harlem on June 8, 1962.

Turn Me to My Yellow Leaves