Songs at the Confluence: Indigenous Poets on Place 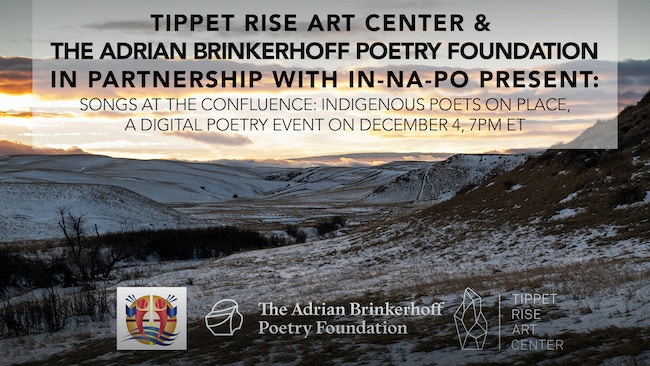 This Native American Heritage Month, we're thrilled to announce our partnership with Tippet Rise Art Center and In-Na-Po (Indigenous Nations' Poets) to offer the digital event Songs at the Confluence: Indigenous Poets on Place, taking place on Friday, December 4th, at 7 PM EST with a recording now available to watch.

Curated by poets Kimberly Blaeser and Jake Skeets of In-Na-Po, the event drew inspiration from W. W. Norton's recent collection When the Light of the World Was Subdued, Our Songs Came Through: A Norton Anthology of Native Nations Poetry. The program's focus is on place and its importance to Indigenous poets and their writing.

Our thanks to the Academy of American Poets for their support.