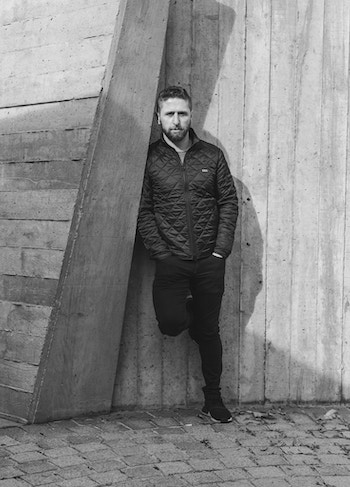 Aaron Monaghan was born in a working-class town in Cavan County, Ireland, and began acting in the local Cavan Youth Drama program at 16. He turned down an acceptance to architecture school to train at the Samuel Beckett Center at Trinity College, Dublin, graduating in 2002. Since then, he has steadily made a name for himself as an actor and director, particularly through his continued work with Ireland’s prestigious Abbey Theatre and Druid Theatre Company. His acting has won multiple awards, including an Obie Award for his role as Cripple Billy in Martin McDonagh’s The Cripple of Inishmaan.

Monaghan’s acclaimed recent roles include Estragon in Samuel Beckett’s Waiting for Godot, the title role in William Shakespeare’s Richard III, and Lopakhin in Anton Chekhov’s The Cherry Orchard, all Druid productions. He has also appeared in films—most recently Assassin’s Creed, The Foreigner, and Maze—and he stars in the forthcoming black comedy film Redemption of a Rogue. He co-founded the theater company Livin’ Dred and directed Mark Doherty’s Trad with them in 2019. Monaghan is married to actor and writer Clare Monnelly.