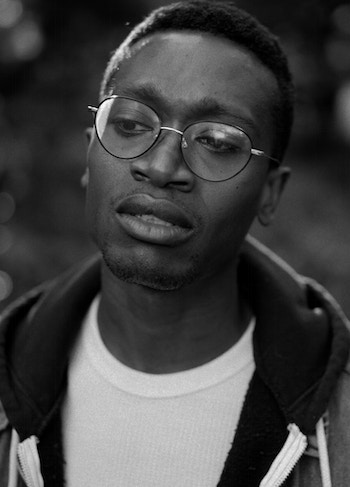 Actor Ato Blankson-Wood was born in 1984. The middle child of five siblings, he is the son of immigrants from Ghana who met in the United States. Music was a major feature of the young actor’s upbringing, and he grew up watching weekly movie musicals with his family. He attributes his interest in a theatrical career to this early influence. Blankson-Wood earned his BFA in drama from NYU’s Tisch School of the Arts and his MFA in acting from the Yale School of Drama.

On Broadway, Blankson-Wood has appeared in Hair, ​Lysistrata Jones, and Slave Play, for which he received a Tony nomination. He has also had roles in many off-Broadway shows, including The Public Works’ Twelfth Night and As You Like It, Transfers at MCC, The Harlem Stage’s Antigone in Ferguson, The Foundry Theatre’s O, Earth, and Iphigenia in Aulis at ‪CSC. He has been nominated for a Drama League Award for his work in The Rolling Stone at Lincoln Center Theater, a Lortel Award for Slave Play at New York Theatre Workshop, and both a Drama League Award and a Lortel Award for The Total Bent at The Public. He has appeared in the films Worth, BlacKkKlansman, ‪The Kindergarten Teacher, Detroit, and It’s Kind of a Funny Story, and the TV shows When They See Us (Netflix), The Marvelous Mrs. Maisel (Amazon), She’s Gotta Have It (Netflix), and The Good Fight (CBS).

Blankson-Wood is on the faculty of the Playwrights Horizons Theater School and is a member of The Actors Center. He lives in Los Angeles.

king the color of space/tower of molasses & marrow